Writing for Stage, Screen, and Television with Bill Bigelow

NB: This is a 6-week class meeting Fridays 1:30-3:30pm from November 1-December 13th No Class on November 28th. This is a course designed for writers looking to create screenplays, stage plays, and teleplays for one-hour televisions shows. Paramount in this effort, we will focus on an approach which is necessary in all dramatic writing — […] 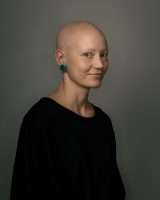 Susan Choi’s first novel, The Foreign Student, won the Asian-American Literary Award for fiction. Her second novel, American Woman, was a finalist for the 2004 Pulitzer Prize. Her third novel, A Person of Interest, was a finalist for the 2009 PEN/Faulkner Award. In 2010 she was named the inaugural recipient of the PEN/W.G. Sebald Award. Her fourth novel, My Education, received a 2014 […]