A Reading with Joshua Bennett, Diannely Antigua, and Zeeshan Pathan via Zoom 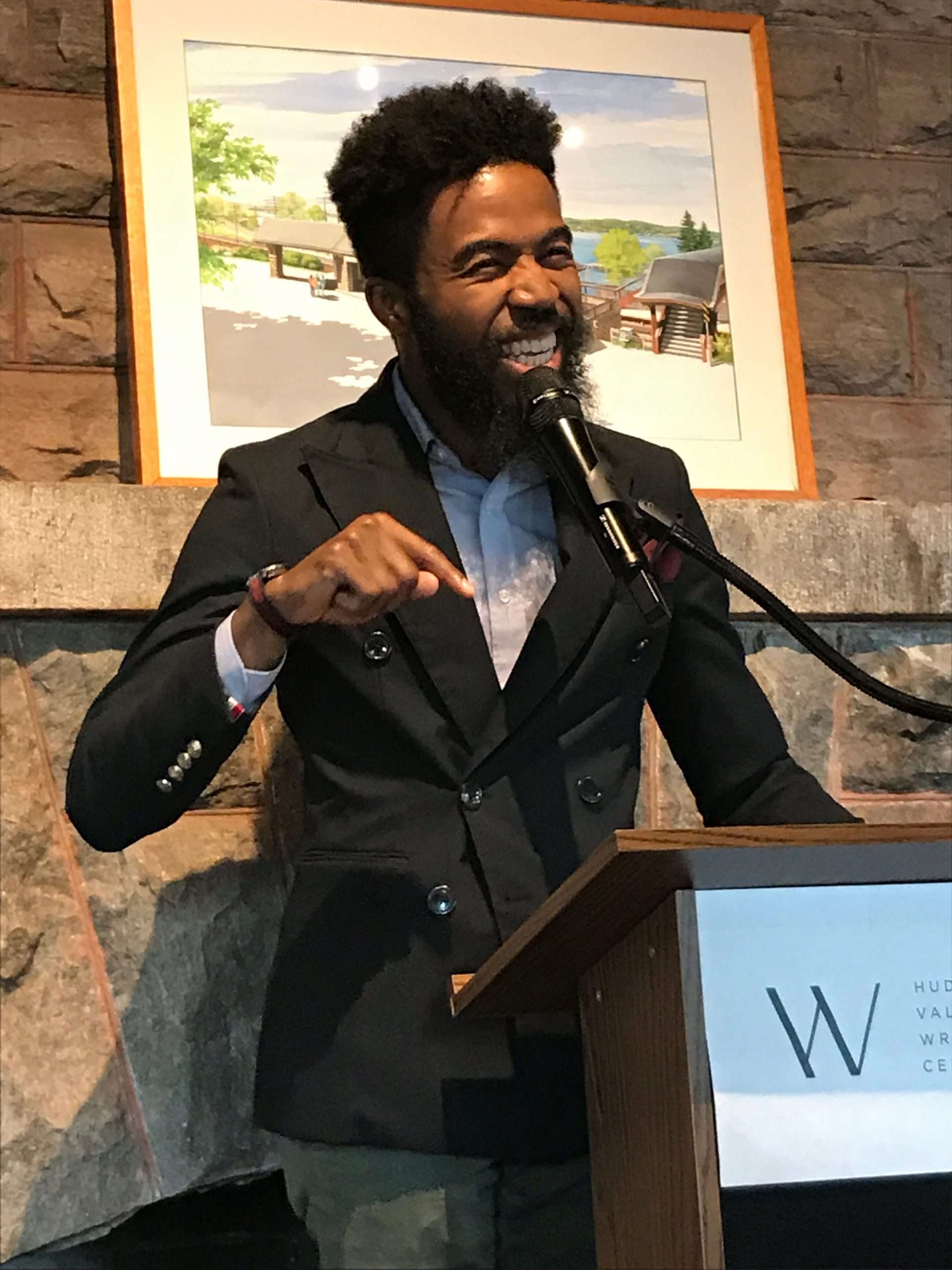 HVWC is proud to welcome Dr. Joshua Bennett back to read at HVWC for the third time along with first time readers Diannely Antigua and Zeeshan Pathan as they read from their new collections via Zoom. This reading is free and open to the public but we encourage a donation.

Dr. Joshua Bennett is the Mellon Assistant Professor of English and Creative Writing at Dartmouth College. He is the author of three books of poetry and literary criticism: The Sobbing School (Penguin, 2016)—which was a National Poetry Series selection and a finalist for an NAACP Image Award—Owed (Penguin, 2020), and Being Property Once Myself (Harvard University Press, 2020), which was a winner of the Thomas J. Wilson Memorial Prize. Bennett holds a Ph.D. in English from Princeton University, and an M.A. in Theatre and Performance Studies from the University of Warwick, where he was a Marshall Scholar. In 2010, he delivered the Commencement Address at the University of Pennsylvania, from which he graduated with the distinctions of Phi Beta Kappa and magna cum laude. Dr. Bennett has received fellowships from the National Endowment for the Arts, the Massachusetts Institute of Technology, the Ford Foundation, and the Society of Fellows at Harvard University. His writing has appeared in The Nation, The New York Times, The Paris Review, Poetry and elsewhere. He has recited his original works at venues such as the Sundance Film Festival, the Clinton Global Citizen Awards, the NAACP Image Awards, and President Obama’s Evening of Poetry and Music at the White House. His first work of narrative nonfiction, Spoken Word: A Cultural History, is forthcoming from Knopf.

Diannely Antigua is a Dominican American poet and educator, born and raised in Massachusetts. Her debut collection Ugly Music (YesYes Books, 2019) was the winner of the Pamet River Prize and a 2020 Whiting Award. She received her BA in English from the University of Massachusetts Lowell where she won the Jack Kerouac Creative Writing Scholarship; and received her MFA at NYU where she was awarded a Global Research Initiative Fellowship to Florence, Italy. She is the recipient of additional fellowships from CantoMundo, Community of Writers, and the Fine Arts Work Center Summer Program. Her work has been nominated for both the Pushcart Prize and Best of the Net. Her poems can be found in Washington Square Review, Bennington Review, The Adroit Journal, and elsewhere. Her heart is in Brooklyn.

Zeeshan Khan Pathan attended Washington University in Saint Louis as a Kenneth E. Hudson Scholar where he studied poetry with Mary Jo Bang, Carl Phillips, and Fatemeh Keshavarz. He speaks several languages and translates from Urdu, Turkish, & Persian. At Columbia University, he received a fellowship to study poetry at the graduate level and he completed his MFA under Lucie Brock-Broido. Zeeshan is interested in world literature and literary theory, the poetry of the Middle East and India, and he also writes short fiction. His poetry has been featured in Tarpaulin Sky Press Magazine and poems are forthcoming in Poetry Northwest, in an anthology of contemporary American Muslim writings by Red Hen Press, and in other journals. In his startling debut, The Minister of Disturbances (Diode editions, 2020), Zeeshan Pathan interrogates and subverts the calcified notions of identity (whether Islamic or American or human), the rules of citizenship, & the idea of the nation state. Unafraid of blending the lyrical and the political, he dramatizes the inner journey of the poet as his speakers confront world events including global climate change, the Afghan and Iraq wars, political conflicts from Egypt to India, American imperialism, the idea of the surveillance state, the aftermath of global terrorism, medical illness, displacement and exile.