An Evening with Tommye Blount, Brian Komei Dempster, and Allison Hutchcraft (via Zoom) 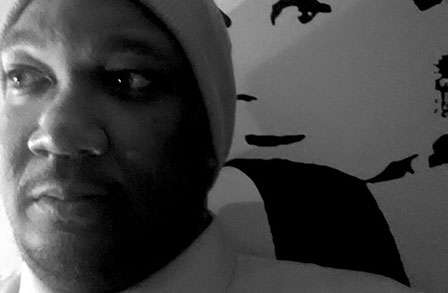 This reading will take place via Zoom. The Zoom link will be emailed immediately at the time of registration. (Please check spam / promotions folder for this email and email [email protected] with any questions.) Sure to be a powerful and inspiring reading, this event is free and open to the public, though we would be most appreciative of a donation.

A Cave Canem alumnus, Tommye Blount is the author of Fantasia for the Man in Blue (Four Way Books, 2020), a finalist for the 2020 National Book Award, and What Are We Not For (Bull City Press, 2016). A graduate from Warren Wilson College’s MFA Program for Writers, he has been the recipient of scholarships and fellowships from Kresge Arts in Detroit and Bread Loaf Writers’ Conference. Born and raised in Detroit, Blount now lives in the nearby suburb of Novi, Michigan.

Brian Komei Dempster’s debut book of poetry, Topaz, was published by Four Way Books in 2013 and received the 15 Bytes 2014 Book Award in Poetry. His new book, Seize, was published by Four Way Books in fall 2020. He is the editor of both From Our Side of the Fence: Growing Up in America’s Concentration Camps (Kearny Street Workshop, 2001), which received a 2007 Nisei Voices Award from the National Japanese American Historical Society, and Making Home from War: Stories of Japanese American Exile and Resettlement (Heyday, 2011). His poems have been published in New England Review, North American Review, and Ploughshares, and the anthologies Language for a New Century:  Contemporary Poetry from the Middle East, Asia, and Beyond (Norton, 2008) and Asian American Poetry: the Next Generation (University of Illinois, 2004).

His work—as a poet, workshop instructor, and editor—has been recognized by grants from the Arts Foundation of Michigan and the Michigan Council for Arts and Cultural Affairs, the California State Library’s California Civil Liberties Public Education Program, the Center for Cultural Innovation, and the San Francisco Arts Commission. Dempster has also received scholarships to the Bread Loaf Writers’ Conference. He is a professor of rhetoric and language and a faculty member in Asian Pacific American Studies at the University of San Francisco, where he received the Distinguished Teaching Award (along with Ronald Sundstrom) in 2010. Currently, he divides his time between teaching and serving as Director of Administration for the Master of Arts in Asia Pacific Studies.

Allison Hutchcraft is the author of Swale, which was named the 2019 Editor’s Choice by New Issues Poetry & Prose ands published in November 2020. Her poems have appeared in Boulevard, The Cincinnati Review, Crazyhorse, The Gettysburg Review, Kenyon Review, The Missouri Review, and The Southern Review, among other journals. A former resident at the Sitka Center for Art and Ecology on the Oregon coast, she has been awarded a fellowship from the North Carolina Arts Council, a Regional Artist Project Grant from the Arts & Science Council for the City of Charlotte and Mecklenburg County, and scholarships from the Tin House Writers Workshop, the Key West Literary Seminars, and the Community of Writers. She teaches creative writing at the University of North Carolina at Charlotte.