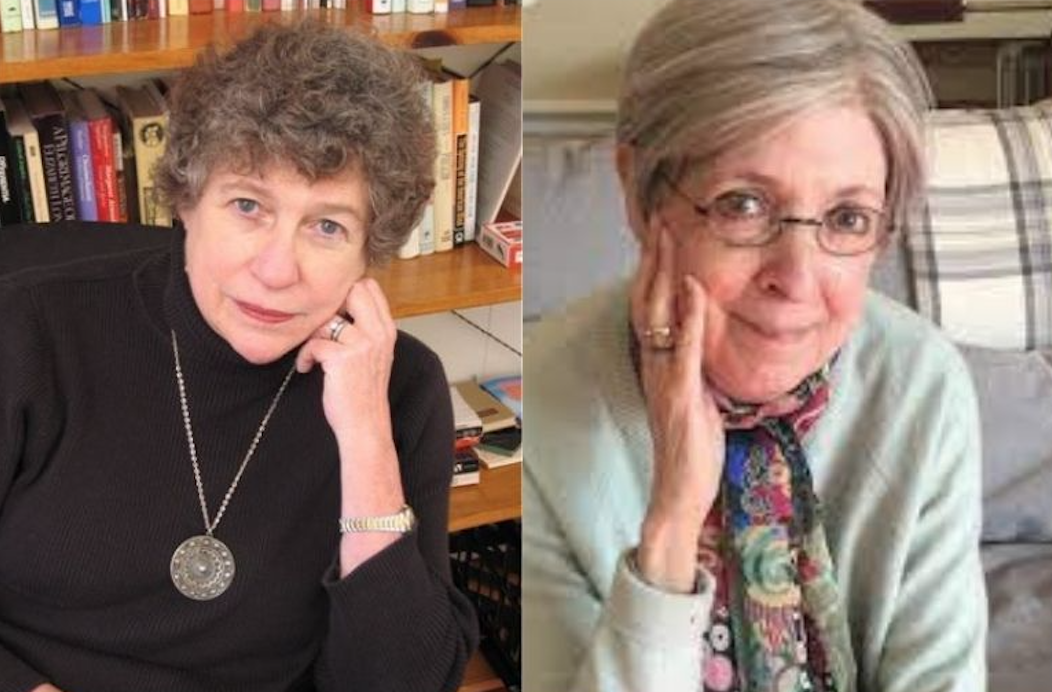 We are thrilled to announce that Sandra M. Gilbert and Susan Gubar will launch the 2022 Winter/Spring Reading Series on Zoom.

From its stirrings in the midcentury—when Sylvia Plath, Betty Friedan, and Joan Didion found their voices and Diane di Prima, Lorraine Hansberry, and Audre Lorde discovered community in rebellion—to a resurgence in the new millennium in the writings of Alison Bechdel, Claudia Rankine, and N. K. Jemisin, Gilbert and Gubar trace the evolution of feminist literature. They offer lucid, compassionate, and piercing readings of major works by these writers and others, including Adrienne Rich, Ursula K. Le Guin, Maxine Hong Kingston, Susan Sontag, Gloria Anzaldúa, and Toni Morrison. Activists and theorists like Nina Simone, Gloria Steinem, Andrea Dworkin, Eve Kosofsky Sedgwick, and Judith Butler also populate these pages as Gilbert and Gubar examine the overlapping terrain of literature and politics in a comprehensive portrait of an expanding movement.

As Gilbert and Gubar chart feminist gains—including creative new forms of protests and changing attitudes toward gender and sexuality—they show how the legacies of second wave feminists, and the misogynistic culture they fought, extend to the present. In doing so, they celebrate the diversity and urgency of women who have turned passionate rage into powerful writing.

Sandra M. Gilbert is a distinguished literary critic and poet. Together with Susan Gubar, she was awarded the Ivan Sandrof Lifetime Achievement Award from the NBCC. She lives in Berkeley, California.

Susan Gubar is an acclaimed memoirist and literary critic. Together with Sandra M. Gilbert, she was awarded the Ivan Sandrof Lifetime Achievement Award from the NBCC. She lives in Bloomington, Indiana.

They’ve done it again! The personal, the political, the literary, the critical—the brilliant literary team of Gilbert and Gubar extend their foundational studies of women’s writing to encompass the twenty-first century. Tracing the key events and writers of the second wave of the women’s movement from the 1950s to the election of Biden and Harris, they map the tumultuous, explosive, and ongoing energies of American women’s writing. Make space on your bookshelf for this lively and indispensable volume.

Popular narratives of the modern women’s movement rightly emphasize the pamphlets, consciousness-raising groups, and protests that exposed and named the hidden injuries women experience in their lives. Missing from these stories are the extraordinary writers who created a new feminist literary tradition that revealed the rage and dreams of several generations of feminists. Still Mad, brilliantly curated by Sandra M. Gilbert and Susan Gubar, is an invaluable gift for understanding how great writers imagined a new and different future for women.

These prolific and versatile women writers return to the field with incisive and redefining inquiries into the lives and work of diverse North American literary women… Gilbert and Gubar set their pinpoint elucidations within a richly dimensional context.

This reading will take place via Zoom. The Zoom link will be emailed after registration. (Please check spam / promotions folder for this email and email [email protected] with any questions.) The reading is free and open to the public but donations toward the readers’ honoraria are greatly appreciated.