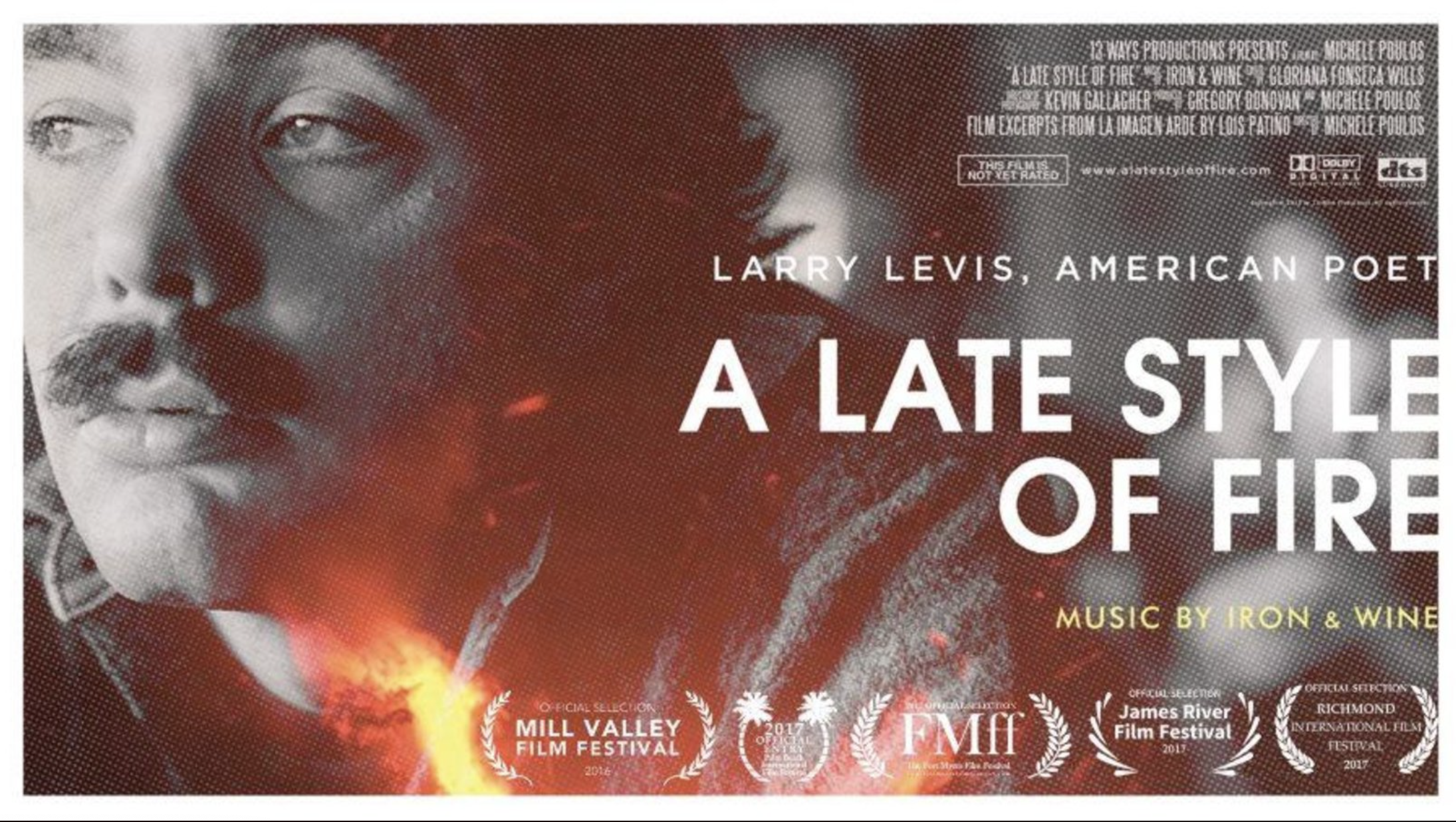 Join Michele Poulos, director and poet as she presents her award winning documentary about the poet Larry Levis.
The brilliant writing and troubled life of Californian Larry Levis came to an abrupt halt when he died at age 49. Is self-destruction required for a serious life of art? Featuring an original score by Iron and Wine and film excerpts by award-winning Spanish filmmaker Lois Patiño, this innovative documentary explores his childhood working alongside Mexican-American field hands, three marriages, friendships with America’s greatest poets, and his own words for answers. Featured poets include US Poet Laureate Philip Levine, US Poet Laureate Charles Wright, Carolyn Forché, David St. John, Carol Muske-Dukes, Norman Dubie, Colleen McElroy, Gerald Stern, Stanley Plumly, Kathleen Graber, and more.
NB: This screening will take place on Zoom. Make sure you enter your email address correctly when you register for a ticket. You will receive the Zoom link via email (in the automatically generated receipt) as soon as you register. Please save that link so you can click on it on July 22nd. If you have not received the link, check your spam folder. If you still do not have it, please email [email protected] by July 21st and she will resend it to you.
Michele Poulos’s first feature-length documentary film, A Late Style of Fire: Larry Levis, American Poet, had its world premiere at the 2016 Mill Valley Film Festival in October. The film is an official selection at seven more film festivals including the Palm Beach Int’l Film Festival and the Los Angeles Greek Film Festival and is distributed on Amazon and kanopy. Prismatics: Larry Levis & Contemporary American Poetry was published by Diode Editions in March 2020. Black Laurel, her first full-length collection of poems, was published by Iris Press in March 2016, and A Disturbance in the Air won the Slapering Hol Press Chapbook Competition. Her screenplay, Mule Bone Blues, won the 2010 Virginia Screenwriting Competition, and made it to the second round of the 2017 and 2015 Sundance Screenwriters Labs, and the second round in the 2010 Austin Screenplay Contest. She is currently in production on her second film and is polishing her memoir, In the Pink: Confessions of a NICU Baby Cuddler. She holds a BFA in filmmaking from New York University’s Tisch School of the Arts, an MFA degree in poetry from Arizona State University, and an MFA in fiction from Virginia Commonwealth University.
Space is limited. Please register once per household.
+ Google Calendar+ iCal Export