Deep Dive: Revision as Discovery with Fred Marchant via Zoom 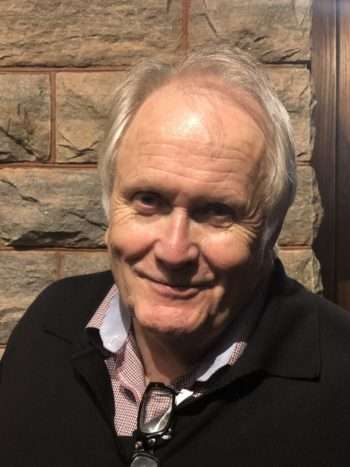 Please note that this workshop is now sold out! Thanks for all the interest. If you want to be put on the waiting list for this workshop, or have questions about other poetry workshop options, please email [email protected]

Sometimes the poem arrives fully realized, but most of the time we revise our way toward what the poem is striving to say. Sometimes a poem might be giving the poet a “hard time,” that is leaving the poet with an intuition that something is not exactly right with the work. The poem may feel too long or too short or tangled up in the middle. The cadences may sound “off” in certain places, or the diction might seem too drab, a metaphor too exotic. Or all of the above. In the process of revising that poem, the poet might sometimes discover a new or unexpected or otherwise surprising dimension of the poem. The revision effort will have surfaced something that was only latent in the earlier draft, something brought up from the depths of the writer’s poetic imagination.

Our virtual workshop on this topic will meet for four hours. I will begin with a craft talk on some ideas and methods about how to do a “deep dive” into your poems. How, for example, might a “problem” point you toward the sometimes hidden energies stirring in your poem? We will also investigate how to liberate, harness, or otherwise use those energies.  We will examine writings by other poets for guidance in this regard, but the primary focus of our day will be on your poems. I would like each of you to make available to our group sufficient copies of one of your poems (no more than 2 pages) that you sense is not yet fully realized. Our goal in the discussion will be not only to consider new possibilities for the poem you share, but also to develop together a repertoire of revision strategies that might be of use in the future.

Please note: The Altman Persons of Color Scholarships are free and given on a first come, first served basis. Please notify us right away if your plans change and you cannot attend the class. We will then reopen the slot so another student may register. Thank you in advance for this consideration.

NB: This class will be taught via Zoom and is capped at 15. Sign up right away to guarantee a spot in this class.

Fred Marchant’s most recent collection of poetry, Said Not Said, was published by Graywolf Press in 2017, and was recently designated as an “Honored Book”  by the Massachusetts Book Awards. Marchant’s first book, Tipping Point, won the 1993 Washington Prize, and was reissued in a 20th anniversary second edition. His other books include Full Moon Boat (Graywolf, 2000). and House on Water, House in Air (Dedalus Press, Dublin, Ireland, 2002) and The Looking House (Graywolf, 2009). He is also a co-translator (with Nguyen Ba Chung) of collections by several contemporary Vietnamese poets, including work by Tran Dang Khoa, Vo Que, and Le Chi.  Marchant is the editor of Another World Instead: The Early Poems of William Stafford, 1937-1947 (Graywolf, 2008). He has had new poems in journals such as The Baffler, Pangyrus, and Solstice, and has new work forthcoming in Consequence, Maintenant, Plume, Passengers Journal. An Emeritus professor of English at Suffolk University, and founding director of the Poetry Center at Suffolk, Marchant has also been long-time teaching affiliate of The William Joiner Institute for the Study of War and Social Consequences at the University of Massachusetts-Boston. Marchant is the 2009 co-winner (with Afaa Michael Weaver) of the New England Poetry Club’s May Sarton Award, given to poets whose work “is an inspiration to other writers.”