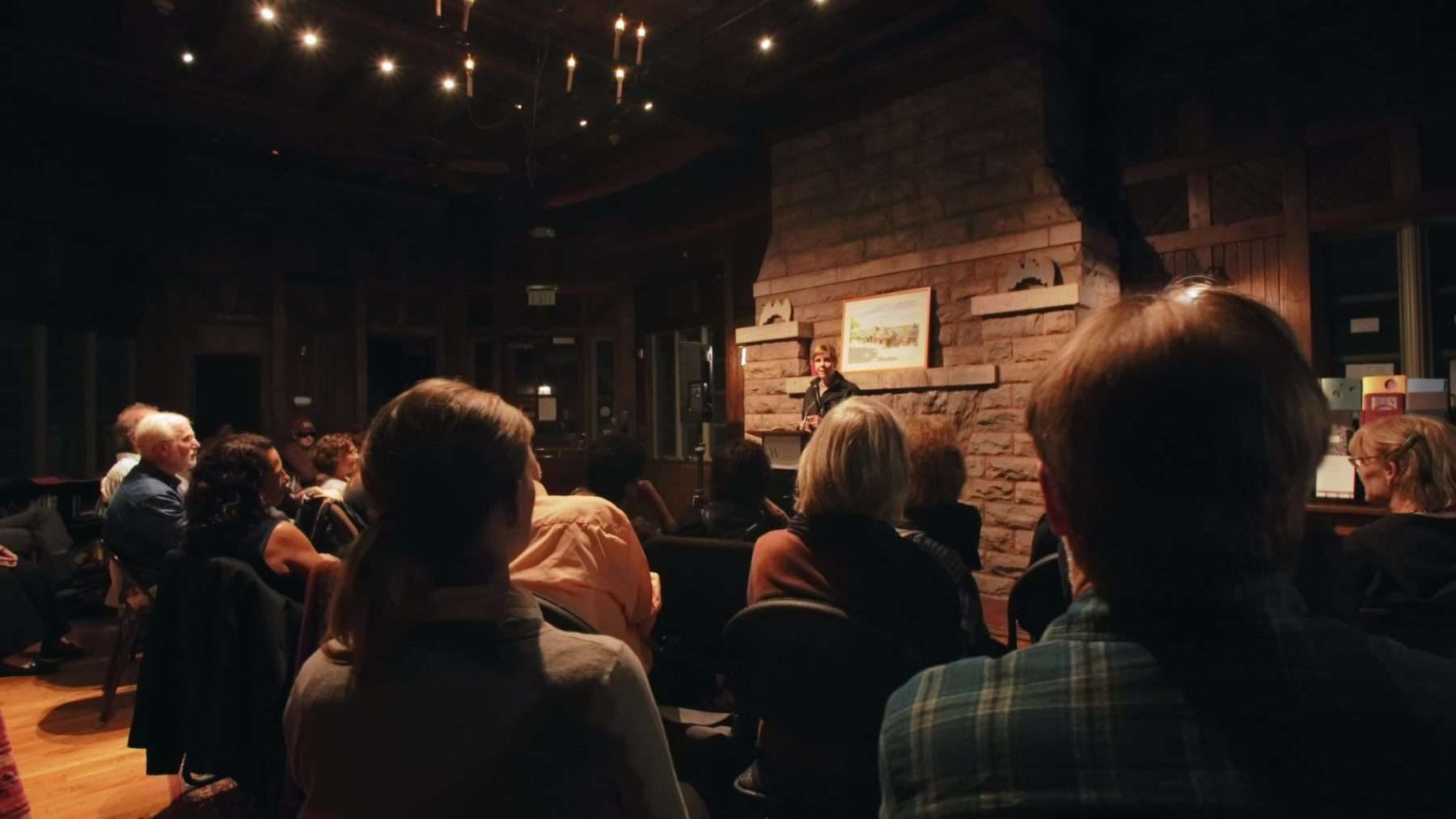 Join HVWC Instructors Bill Bigelow, Beth Hahn, Amy Holman, and Susan Hodara as some of their students read from recently published work.
Bill Bigelow will present Susan Ward who will read an excerpt from her solo show Wasbian. She has performed Wasbian in the Emerging Artists New Works Festival in NYC and in the United Solo Festival in NYC where she received the award for “Best Autobiographical One Woman Show.”
Susan Hodara will introduce four of her memoir students—Bonni Brodnick, John Delehanty, and Lynne Reitman as they read from their recent publications.There will be a special reading of the late Shanna Joseph (who was scheduled to read) by her husband.
Beth Hahn will welcome Alexandra M. Matthews, Amy Holman will present Eric Odynocki, and Jennifer Franklin will introduce Harriet Shenkman.

Bonni Brodnick is author of “POUND RIDGE PAST: Remembrances of Our Townsfolk” and a blogger at “Bonni Brodnick Blog: A Blurb-ologist’s Perspective.” An award-winning communications specialist and writer, Bonni was editor-in-chief/managing editor of a magazine for a boys’ school in Connecticut. She has been a HuffPost contributor since 2012, has written for Condé Nast Publications’ Glamour, and House & Garden; The Los Angeles Herald Examiner Sunday Magazine; Bedford Magazine; Greenwich Magazine; and Children’s Television Workshop. She is a former member of Writers Guild of America, East. In addition, she founded/wrote a weekly newspaper column, “Talk of the Town,” for the Bedford-Pound Ridge (N.Y.) Record-Review.

John Delehanty is a recovering litigation lawyer who has recently shifted his focus from starting lawsuits to mediating them. He uses memoir writing to enhance his understanding of the roots of human conflict.

Shanna Joseph’s memoir, Sincerely, Shanna: How I Chose the Life I Wanted, was published by Mill City Press earlier this year. She lived with her husband and two daughters, and she painted the watercolors that are included in her book. She passed away on August 3 after a long battle with breast cancer.

Alexandra M. Matthews is a teacher and writer living in the Hudson Valley. Her fiction has appeared or is forthcoming in Jellyfish Review, X-R-A-Y Literary Magazine, Atlas + Alice, Barren Magazine, and Fractured Lit.

Eric Odynocki is a teacher and writer from New York. His work is often inspired by his experience as a first-generation American of Mexican, Ukrainian, and Jewish descent. Eric’s work has been published in American Poetry Journal, Green Mountains Review, [PANK], Magma Poetry, and others.

Harriet Shenkman, Ph.D., Professor Emerita at CUNY, serves on the WNBA, NYC board and is Poet-in-Residence at The Transition Network (TTN). She won the Women’s National Book Association 2013 Annual Writing Contest in Poetry and Women Who Write 2013 International Poetry Contest. A finalist for Jewish Currents Raynes Competition, 2014, her poetry appears in national and international journals, including most recently in Comstock Review and Indolent Books. Her chapbook Teetering was published in 2014 and The Present Abandoned in 2020, Finishing Line Press. Her poetry is forthcoming in Gyroscope Review, Train River Press Anthology, and Dreich Magazine.

Susan Ward holds a BFA in Musical Theatre from Florida State University. She has been a member of Actor’s Equity Association since 1986. After years of reading other people’s words she joined William Bigelow’s Creative Writing class at HVWC and with his guidance wrote her own Solo Show “Wasbian” which she performed in the Emerging Artists New Works Series in NYC to much acclaim. She then went on to perform it for United Solo in NYC where she received the award for Best Autobiographical One-Woman Show. She recently co-wrote a short play called “COVID Singles Meet“ which she performed in the Westchester Collaborative Theater Online Live-Stream Show called “The COVID Diaries: Notes from the Frontlines.”
+ Google Calendar+ iCal Export