Finding the Structure of Our Stories with Jai Chakrabarti (via Zoom) 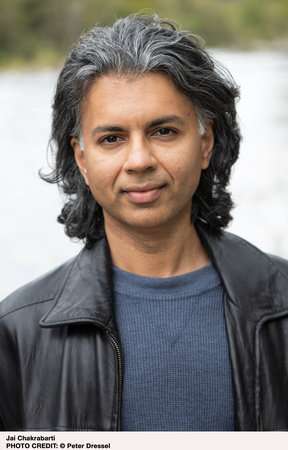 Structure is the skeleton that holds our stories together, but how do we think about it for our own work? We’ll start with analyzing the classic “Freytag’s Triangle” in fiction and then depart from there into stories that pursue less traditional structures. Finally, we’ll think about tools that allow us to visualize and map out story structure so that we can revise with more confidence.

NB: This craft class will be held on Zoom. It will be capped at 20 students. Scholarship information will be available In April and will be due on May 15th. Please read the course policies page before signing up for any of our workshops.

Jai Chakrabarti is the author of the debut novel, A Play for the End of the World, which was published by Knopf in September 2021, and praised by Oprah Daily as “a paean to art.” His short fiction has appeared in numerous journals and has been anthologized in The O. Henry Prize Stories, The Best American Short Stories, and awarded a Pushcart Prize. His story “A Small Sacrifice for an Enormous Happiness” was performed on Selected Shorts by Symphony Space. His nonfiction has been published in The Wall Street Journal, Fast Company, Writer’s Digest, Berfrois, and LitHub. He was an Emerging Writer Fellow with A Public Space and received an MFA from Brooklyn College. Born in Kolkata, India, he now splits his time between Brooklyn, NY, and the Hudson Valley.