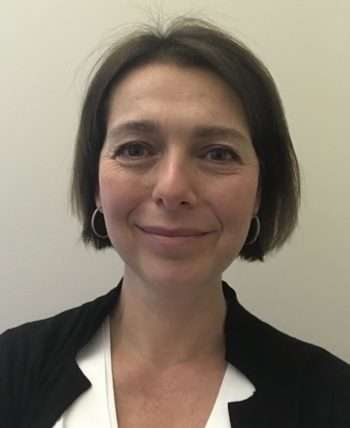 Lucy felt the chill and thought to dress warmer for her next walk. She entered the last street before the river and stood on the leaf-piled ledge overlooking the city. She’d already started to expect the perpetual overcast clouds that bathed everything in a monotonous palette. Over the river, Providence looked imposing and incongruent. The buildings grew from bottom of the hill and towered high above her.

She kept her eyes on the opposite side of the street. Providence peaked out in-between houses as she counted steps. One, two, three, four, five, six, seven, eight, Providence. Some houses were wide, and she reached step fifteen before seeing the high rises. Old buildings on this street had ornate canopies, lacey trim, stained glass windows with details she hasn’t seen before. New England architecture would always feel more like home to her than the faceless Florida apartments occupied by immigrants and the poor that she was familiar with.

A boy looked at her as she passed one of the wider houses with a clear beveled glass framed by a heavy mahogany door. She challenged the boy’s gaze, and he turned away, moving his hands in rapid gestures.

He was still signing as he turned back to face her again and she thought she caught “street” and “girl.” She noted his curly locks and pictured that, when wet, they probably reached below his shoulders, as Bobby’s curls had done. He looked about Bobby’s age. From where she stood, across the narrow street from the house, she could tell his eyes were dark, and she felt that they could even be brown. She squinted just a bit, letting memories paint the rest of the picture and smiled as if she were seeing Bobby right there, just across the street. She raised her hands to greet him, but the boy stepped to the right, out of sight, then quickly peaked out once more before disappearing for good.

Lucy didn’t move. The doorway stayed empty. A wind tugged at her scarf and she noticed one of numbers of the house address swiveling in the wind gently waving to her. Her feet felt heavy as she started walking and tried counting her steps again. She wasn’t sure if the boy she saw was really there.

By the time she returned to campus she was refocused. She stopped for dinner at Taco Bell before the evening studies. She hated the small brightly lit space, its smell, the memories it brought of a long-ago job interview in the dirty kitchen. The Taco Bell on Dale Mabry in Tampa didn’t differ much from the one on Main Street in Providence. She filled out the application as she did so many others—looking for her last summer job—and knew as she handed it in she would turn it down.

The $1.99 dinner was a stop she took only when necessary. The week was ending as was her $25 budget. She ate quickly, trying not to breath in the staleness, bundled up, and walked briskly towards the library.

Lucy’s dreams that night were filled with words on paper, as if her studies continued as she slept, as she gazed at pages filled with paragraphs and flipped them one by one, on and on. She awoke exhausted, unsure if her memories of history chapters were real or dreamt. Coffee, she thought, hoping the wood floor planks warmed up just a little from the night before lowering her bare feet.  Silently she recited the day’s schedule as she dressed. By 3:45 she would have time alone. Her last class, cognitive science, was on the third floor of Metcalf Lab. She glanced at the clock too often as she took copious notes and packed her bag five minutes before the end of class.

Victoria Drozdov works with non-profits and small businesses in NYC and Westchester County. Victoria has a passion for writing poetry, fiction and non-fiction, and has studied at the Hudson Valley Writers Center and Sarah Lawrence. Victoria’s poems have been published by Manhattan Chamber of Commerce and Kol Ami Connection. “Silence” is her first short story. Victoria lives in Edgemont, NY, with her husband.