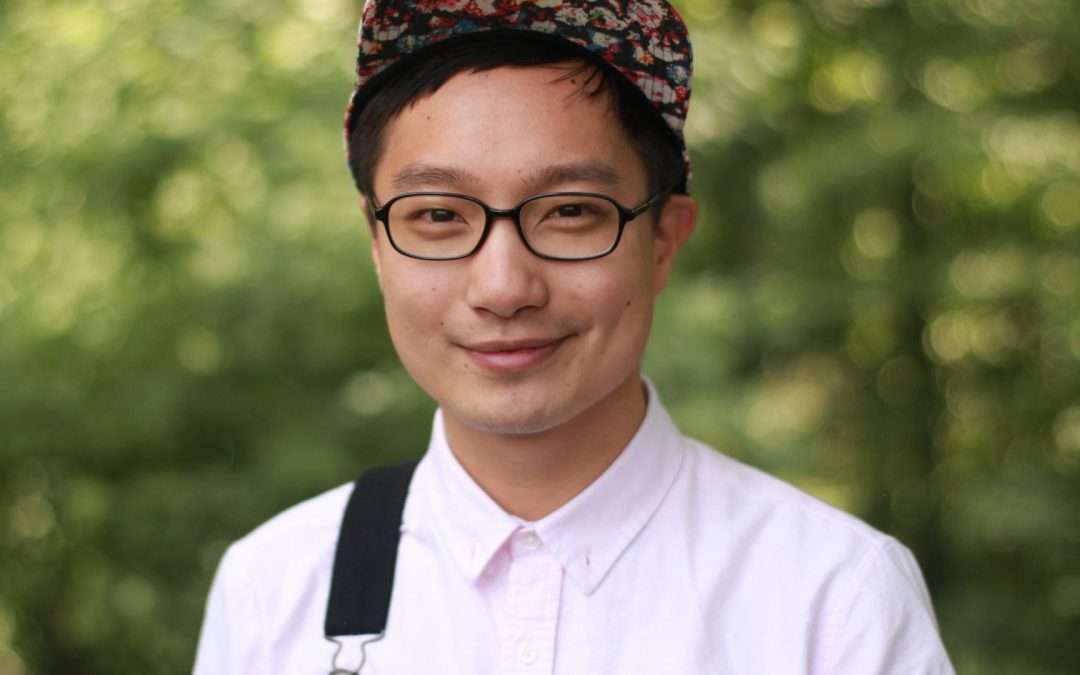 Chen Chen is a poet and essayist interested in Asian American histories and futures, family (bio and found), queer friendship, multilingualism, hybrid texts, humor, and pop culture. His debut collection, When I Grow Up I Want to Be a List of Further Possibilities (BOA Editions, 2017), was longlisted for the National Book Award and won the A. Poulin, Jr. Poetry Prize, the GLCA New Writers Award, the Texas Book Award for Poetry, and the Thom Gunn Award for Gay Poetry. The collection was also a finalist for the Lambda Literary Award for Gay Poetry and named a Stonewall Honor Book in Literature. Bloodaxe Books published the UK edition in June 2019.

Chen is also the author of four chapbooks: Set the Garden on Fire (Porkbelly Press, 2015), Kissing the Sphinx (Two of Cups Press, 2016), You MUST Use the Word Smoothie (Sundress Publications, 2019), and GESUNDHEIT! (with Sam Herschel Wein and out now from Glass Poetry Press). His work has appeared in many publications, including Poetry, The New York Times Magazine, The Massachusetts Review, Poem-a-Day, The Best American Poetry (2015 and 2019), The Best American Nonrequired Reading, Best of the Net, and Bettering American Poetry.

In 2019, he received a Pushcart Prize and a NEA Fellowship in Creative Writing. He has also received fellowships and scholarships from Kundiman, Lambda Literary, the Saltonstall Foundation, Sundress Academy for the Arts, and Tent: Creative Writing. He was a 2015 finalist for the Ruth Lilly and Dorothy Sargent Rosenberg Poetry Fellowships. He won the 2015 Matt Clark Editors’ Choice Award from New Delta Review. Poets & Writers featured him in their Inspiration Issue as one of “Ten Poets Who Will Change the World” and The Atlantic featured him in an article entitled “How Poetry Came to Matter Again.“ His work has been translated into French, Greek, Russian, and Spanish. He has been a featured poet at schools, festivals, and conferences across the nation and abroad in the UK and New Zealand.

As an editor, he has worked on Salt Hill, Iron Horse Literary Review, and Gabby Journal. He has also guest-edited or judged for several journals. With his best friend, Sam Herschel Wein, he co-runs Underblong.

He has taught for Writers & Books in Rochester, NY; Winter Tangerine guest seminars online and at Poets House; and The Watering Hole Retreat in McCormick, SC. He is a recurring online instructor for The Adroit Journal’s Summer Mentorship Program; the Speakeasy Project; and Catapult. He is Visiting Faculty for low-residency MFA programs at Antioch University Los Angeles, New England College, and Stonecoast. He teaches creative writing at Brandeis University as the Jacob Ziskind Poet-in-Residence.

He lives in Waltham, MA with his partner, Jeff Gilbert and their pug, Mr. Rupert Giles.