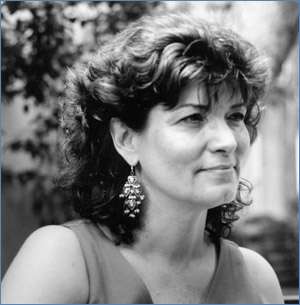 Frances Richey is the author of three poetry collections: The Warrior (Viking Penguin 2008), The Burning Point (White Pine Press 2004), and the chapbook, Voices of the Guard, (Clackamas Community College 2010). She teaches an on-going poetry writing class at Himan Brown Senior Program at the 92nd Street Y in NYC, and is the Poetry Editor for upstreet literary magazine, and Editor of Illuminations, the biennial anthology of poems and prose by Himan Brown Poets and Writers at the 92nd Street Y. Her work has appeared in or is forthcoming from:  The New York Times, The New York Times Magazine, O, The Oprah Magazine, Plume, Nimrod, Gulf Coast, Salamander, Blackbird, Cortland Review and The Common, among others. Her poems have been featured on NPR, PBS NewsHour and Verse Daily. Her manuscript,  “On The Way Here,” was a finalist for the National Poetry Series in 2019. She lives in New York City.