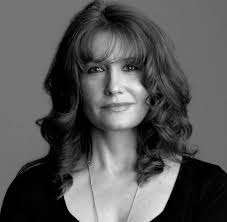 Karen Finley is a performance artist whose work has long provoked controversy and debate. She has performed at the Lincoln Center (NYC), the ICA (London), the Steppenwolf (Chicago), and the Bobino (Paris). Her art is in the collection of the Centre Pompidou in Paris and the Museum of Contemporary Art in Los Angeles, among other places. She has received numerous awards, including a Guggenheim Fellowship, two Obies, two Bessies, and a Ms. magazine Woman of the Year Award. Her books include Shock Treatment, Enough is Enough, Living It Up, A Different Kind Of Intimacy, George and Martha, The Reality Shows, and Grabbing Pussy. Finley is a professor in the department of Art and Public Policy at Tisch School of the Arts, New York University.

What’s Love Got to Do with It? The power and magnificence of love intentional writing with Karen Finley (via Zoom) 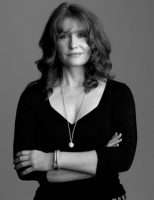 On this day before Valentine’s Day we will consider love as an ingredient in our writing. More than ever, we are living amidst a troubled world in turmoil, despair, hate, and violence. How do we center our practice within the love act of writing? How can our practice contribute to the love of humanity even in small ways? […]