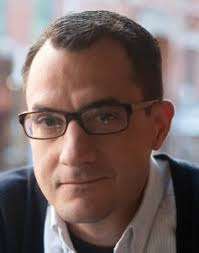 Sean Singer was born in Guadalajara, Mexico in 1974. He is the author of Discography (Yale University Press, 2002), winner of the Yale Series of Younger Poets Prize, and the Norma Farber First Book Award from the Poetry Society of America and a Fellowship from the National Endowment for the Arts; Honey & Smoke (Eyewear Publishing, 2015); and Today in the Taxi (forthcoming, Tupelo Press, 2022); and two chapbooks, Passport (Beard of Bees Press, 2007) and Keep Right on Playing Through the Mirror Over the Water (Beard of Bees Press, 2010).

He has a BA in English with honors from Indiana University, Bloomington (1997), an MFA in Creative Writing from Washington University in St. Louis (1999), and a Ph.D. in American Studies from Rutgers-Newark (2013).

He is the recipient of an Artist’s Grant from the Massachusetts Cultural Council and a Fellowship from the National Endowment for the Arts. His poems appear in many anthologies including A Face to Meet the Faces, Music’s Spell: Poems about Music and Musicians, Jazz Poems, and Callaloo: The Best of Callaloo Poetry. He was guest editor of Locuspoint: New York City. He has taught creative writing and a variety of interdisciplinary courses at Hunter College, SUNY Binghamton, Northern Arizona University, Barnard College, and Rutgers-Newark. He lives in Ossining, New York. 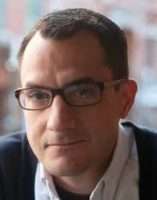 When the sense runs over the end of a line, we call the line enjambed, and the practice of enjambment. Reading poetry aloud, we pause slightly at the end of a line, or sometimes raise our voices, or hold the last syllable. These pauses are uneven; when the line is end-stopped the pauses may be […]