The Board and Staff of the Hudson Valley Writers Center mourn the recent passing of Hon. Richard Brodsky. While a member of the New York Assembly in the mid-1990s Richard was instrumental in assisting the Writers Center to secure critical funds for the restoration of the Philipse Manor railroad station house, and also in negotiations with the Metropolitan Transportation Authority that ultimately resulted in the Writers Center gaining control of the property. Richard remained a friend of the Writers Center in the subsequent years. He was a humane and courageous advocate for the environment, for the disadvantaged, for environmental protection, and for honesty in government. He supported the arts because he deemed them to be essential. He took on corporate interests that advantaged themselves and not the communities that licensed them to exist in the first place. He was a brilliant analyst and a tough negotiator. The HVWC was privileged to have him as a friend and advocate on the Center’s behalf. 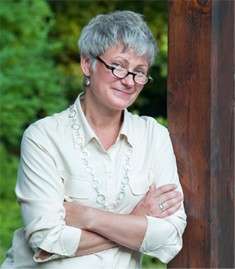 The Board of Directors and Staff of the Writers Center mourn the passing of our former architect, board member, and corporate secretary, Joanne Tall.

Joanne had a long association with the Writers Center. She was an architect in our restoration of the then-derelict Philipse Manor Railroad Station. She worked closely with our founder Margo Stever in preparing the submission that ultimately resulted in the Writers Center receiving the award for Excellence in Historic Preservation from the Preservation League of New York State, and she both worked with Metro-North to protect the Center’s restored building from damage during Metro-North’s major capital project to replace the platform infrastructure, and convinced the railroad to remove elements of its signaling infrastructure from the building.

Joanne leaves in the restoration of the Philipse Manor railway station, our Hudson Valley Writers Center, a legacy of dedication, an architecturally artistic eye, huge attention to detail, endless patience, and a commendable commitment to public service. A consummate professional, courteous to all, she was a wonderful individual. Joanne served for a number of years as a member of the board of directors and as Corporate Secretary from 2005 to 2010.

In the relay race of life, we behold her artistic eye every time we convene in the Writers Center.  We warmly recall how we gathered when NYS Preservation League awarded its Historic Preservation Award to HVWC for restoration of our building, now a landmark of Sleepy Hollow. She was central to our success. We shall hold her in our memory.