The Date by Eric Odynocki 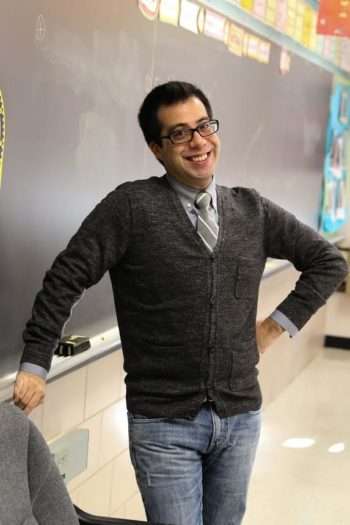 Robert’s stomach growled.  He realized he hadn’t eaten since eleven o’clock.  The idea of heating up some instant noodles for dinner for the fifth time that week was less than appealing.  Washing dishes even less so.  Then it dawned on Robert that he could eat out, instead.  It was payday, after all.  So he decided to head over to his favorite Mexican restaurant, El Mariachi Enamorado.

Red balloons nearly swallowed the doorway and pummeled Robert as he walked in.  Must be a party.

“Hello and welcome to El Mariachi Enamorado,” the hostess greeted with a red-lipsticked smile.

The smile appeared to slacken.  “Just one?”

“Right this way.”  The hostess sat Robert down at a table near the bathrooms and handed him a menu.  Robert perused the list of dishes and settled on enchiladas verdes.  The waiters did not come over immediately and so, in order to convey the illusion of a busy social life despite being alone at present, Robert pulled out his cell phone and began to absent-mindedly text his mother.  She chastised him for not calling more often and working too hard.  When the texts began to veer in the direction as to why she did not have any grandchildren yet, Robert turned his phone face down.  Robert tapped his fingers with one hand and rested his face in another.  The restaurant was not entirely full except for a few couples who sat in intimate corners or occupied tables by the windows.  Some were well-dressed, others not so much.  Some were already eating.  Realizing he had been waiting a while, Robert looked around and saw a group of waiters standing vigilant by the kitchen doors.  They appeared like stuffed penguins, wearing crisp white shirts, red ties, and black vests and pants.  Robert called one over.

“Ready to order, sir?” the waiter asked with a slightly noticeable tone of doubt.

“You sure you don’t wanna wait a little longer?”

Robert’s brow furrowed.  “Yes, I’m sure.  I’ll have the enchiladas verdes.  With a coke and a piece of lemon.”

“Very well, sir,” the waiter said.  He took the menu and walked away.

While Robert waited for his food and longingly thought about getting in his sweatpants at home, an audible gasp, seemingly of joy, interrupted his reverie.  At one of the couples’ tables, a woman cupped her beaming face in her hands.  Her glittering eyes swallowed her partner who had gotten down on one knee with a small, open black box in raised hand.  “Yes!” the woman cried, the volume of which pierced all social norms.  “Yes I will marry you!”  The couple then stood up, embraced, and kissed while the other customers applauded, Robert amongst them.

A mariachi band began playing.  Oh no, I hope they don’t come over here.  The musicians went from couple to couple, taking requests.  As Robert was about to finish his dish, he felt the eyes of the lead singer fall on him.  No, no, no.  Out of the corner of his eye he saw how the musicians pointed in his direction and talked amongst themselves.  Robert let out a sigh of frustration when the ensemble made its way towards his table, bulbous sombreros swaying, brass instruments clinking and glinting, stringed instruments humming hollowly.

Eric Odynocki is a teacher and writer from New York. He is a first generation American of Mexican, Ukrainian, and Jewish descent. Eric’s work has been published or is forthcoming in Acentos Review, In Layman’s Terms, Obra/Artifact, and The Westchester Review. Eric could not have embarked on his literary journey without the wonderful guidance of the teachers and mentors at the Hudson Valley Writers Center. He wrote this piece in Beth Hahn’s fiction class.