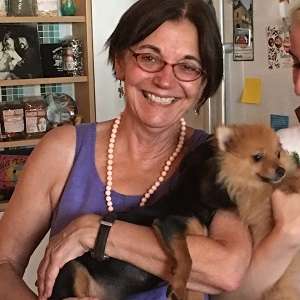 Peggy R. Ellsberg is a poet and a professor of English at Barnard College in Manhattan. Her poetry and reviews have been published widely in literary journals and magazines such as The Paris Review, Commonweal, Atlantic Monthly, and Salmagundi. Her book, Created To Praise: The Language of Gerard Manley Hopkins, was published by Oxford University Press in 1987. Her new text on Hopkins, The Gospel in Gerard Manley Hopkins: Selections from His Poems, Letters, Journals, and Spiritual Writings, was published in 2017 by Plough and was awarded First Prize for Biography in 2018 by the American Association of Catholic Publishers. Her chapbook, Riding Out, was published by Kattywompus Press in October 2017.