“In the poems of THE SCOTTISH CAFÉ, Susan H. Case creates a metaphor for the persistence of the life of the mind and the imagination. There is no theme more important for poetry to address in our time, when that life is imperiled by barbarisms from within and without. By recalling with celebratory joy the vigor, the messiness, the courage of that life as it was once lived in a terrible time by the patrons of the Scottish Café in Lvov, these poems do us a very great service.”—Charles Martin

Praise for The Scottish Café:

Nobel Prize-winning chemist from Cornell University, poet Roald Hoffmann says of the chapbook, “The Scottish Café is a wonderful evocation of a special place, a time, and the interactions of mathematicians. The premonitions of doom weigh on this wonderful gathering, as they should. It’s excellent poetry!

Poet, editor, and critic, Paul Zimmer in the Georgia Review adds, “It is the kind of necessary, cautionary tale of a life once lived, but lost under overwhelming conditions that our heedless, instant-media age needs to be told.” 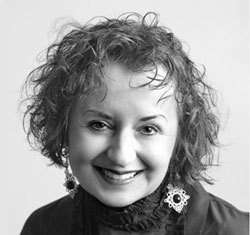