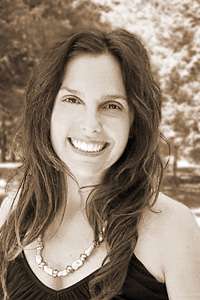 Author of A Disturbance of the Air (Slapering Hol Press, 2012), Michele Poulos is a Greek-American poet, screenwriter, and filmmaker who directed and produced the feature-length documentary film A Late Style of Fire: Larry Levis, American Poet that made its world premiere at the Mill Valley Film Festival and was an official selection at seven other festivals including the Los Angeles Greek Film Festival and the Palm Beach Int’l Film Festival. The film features a score by Iron & Wine. She and poet Gregory Donovan edited Prismatics: Larry Levis & Contemporary American Poetry, published by Diode Editions in March 2020, which includes full transcriptions of the interviews with well-known poets conducted for her film. She is the author of the poetry collection Black Laurel (Iris Press, 2016). Her screenplay, Mule Bone Blues, about Zora Neale Hurston and Langston Hughes, won the Virginia Screenwriting Competition and was a second-round finalist in the 2017 and 2015 Sundance Screenwriters Lab competitions. Her poetry and fiction have been published in Best New Poets, The Southern Review, Copper Nickel, Smartish Pace, Crab Orchard Review, and many other journals. She has won fellowships from the Virginia G. Piper Center for Creative Writing and the David Baldacci Foundation. She is now in post-production on her second feature-length documentary film that won a New Orleans Jazz & Heritage Festival & Foundation Grant.