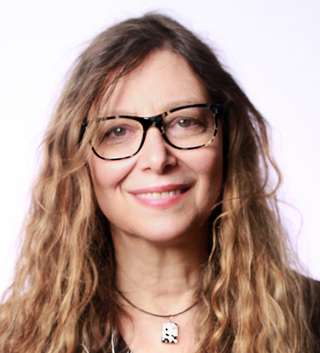 Is there something bugging you that’s been brewing for a while? Something under your skin itching to get out? Perhaps it’s a persistent memory that awakens you in the night, a pet peeve, recurring image, or long-forgotten memory triggered by a song, smell, or chance encounter. Or something you were warned not to say, or swore never to reveal? This workshop is an opportunity to give voice and form to the elusive and forbidden, and to exorcise the phantoms that haunt you, even if you don’t yet know what they are. Writing prompts and handouts of literary rants, raves and reveals from across the centuries will inspire you to open trap doors and give voice to what’s within, whether dramatic, profound, furious, or humorous. Let’s open the doors, take the plunge, and ride the waves together.
Bio:
Mindy Lewis is the author of Life Inside: A Memoir, co-author of A Curious Life: From Rebel Orphan to Innovative Scientist, editor of DIRT: The Quirks, Habits and Passions of Keeping House, and the recipient of New Letters 2015 Essay Award. Her essays, articles and book reviews have been published in Newsweek, New York Times Book Review, Lilith, Body & Soul, Poets & Writers, Arts & Letters Journal, New Letters, Many Mountains Moving, Psychoanalytic Perspectives, Santa Ana River Review, and in anthologies. From 2004-2020, she was an instructor at The Writer’s Voice in New York City, and has also taught at Hudson Valley Writers’ Center, Brooklyn College, Poets & Writers outreach, and as a visiting writer at SUNY and George Mason University’s MFA Program.
+ Google Calendar+ iCal Export